There is not simply a place you can go to, to find a door. There have been lives where I have tried.

Doors usually come at the end of all things, when there is no other way out, or forward, or through.

Sometimes they are an omen. Sometimes they do not come until I have begged and pleaded and clawed the walls until my fingernails are worn down to the nub.

Sometimes there is even further to fall than that.

I feel better now. Not full, but distant. Calm. My ribs do not sting with the dull scrape of the emptiness here today.

I went out into the house garden and I dug up a rock. I have found myself lacking the imagination to name it, but it sits on the kitchen counter and does nothing.

When I go through a door there is often no one left to miss me. But I think that there is a very small number of people who would notice, for any person who could disappear. Humans are good at making excuses. They would all think things like ‘he must have moved to Madagascar,’ or ‘we fell out of touch.’ I once read that people, on average, only have the brain room to really and truly know fifty people.

Certainly, over hundreds of lives, I have known more, but I do not think they had me in mind when they studied that. They also didn’t ask if the people in that study thought that the others were real.

What color is my emptiness? Yesterday it was the deep and dimensionless blue that leaves a sour film on your teeth. Sometimes it has been bonesalt white. When I went through the last door, bones on fire and light as Styrofoam regrets, it was a sickly hospital green. The color of antiseptic and false hopes.

Color is supposedly created by our brains anyway.

Perhaps your sun is hungry because it cannot eat cardboard, whether the people around you have caramel centers or not. But you say it doesn’t seem to want to eat your Sarah, who is real.

Perhaps it too is frustrated by the hollow words that divide one cardboard mob from another.

Once I sat across from a man at a table at a café on a college campus, and he tried to tell me that there were only two types of people in the world. There were optimists and pessimists, glass half empty, or half full. Even the littlest thing you said determined which one you were, if you were or were not the right kind of human.

I told him that he was wrong. If you fill a glass, it’s half full. If you are drinking it, it’s half empty, the water going down your gullet with a swish.

He told me that a human is a featherless biped, and that I was overcomplicating things. It was, he said, because I knew that I was a pessimist, but I didn’t want to admit that.

I wanted to yank his feathers off and remind him that he was only a chicken.

I didn’t. In some lives I have been timid, or reserved, or even obedient. I have never lead the kind of life where I could shout all the cardboard people down and be allowed not to care.

The doors come whether I am fighting for my life or simply trying to stay afloat. They are wood or steel or plastic, many shapes and sizes, any color my brain can invent. The only thing they have in common is that they are all doors. When closed they have two sides, presumably. When open they scald me down to my bones.

Sometimes the next door is the first thing I see when I wake up on the other side. I can either go through it immediately, or I can wait and wait until I have no other choice.

Overall, I tend to wait.

Perhaps the doors are hungry atomic furnaces like the sun, and they wait and wait to consume all the spare parts of me, and spit what is left back out beneath the table. I do not know if any other person who stepped into one would survive. I’m not actually sure I have, exactly. I could be a chorus of ghosts that gets caught in a new skull every time someone adds themselves to my number.

I have thought that perhaps for other people there are smaller doors that do not consume them entirely. They may eat only what you can spare – a sense of security, your love of music, blithe confidence in the basic morality of humankind. Perhaps these doors disguise themselves as books, or they stretch, an amorphous event horizon, across a politician’s speech or the order to fire at will. Maybe these things leech the humanness out of people’s bones until you are left with a cardboard shell that turns their face away from truth.

Maybe, if you went away for a while between the then and now, you were somehow transformed. The mind is, I find, the last thing to resolidify.

Sometimes I think that humans are fascinated with the artificial division of states. If they jump from a tall building, eat a poisonous fish, or fall out of an airplane, there is a then and now, a before and after, sharply divided. There is a word, for the unexplainable urge to do something that you know will leave you cracked open like an oyster, reduced to muscle and slime. I have forgotten how to spell it.

I think though, that mostly people are convinced that they will survive. They will be transformed and their problems will be chewed away by the hungry light of an epiphany.

Mostly they are consumed by other personal pockets of darkness. 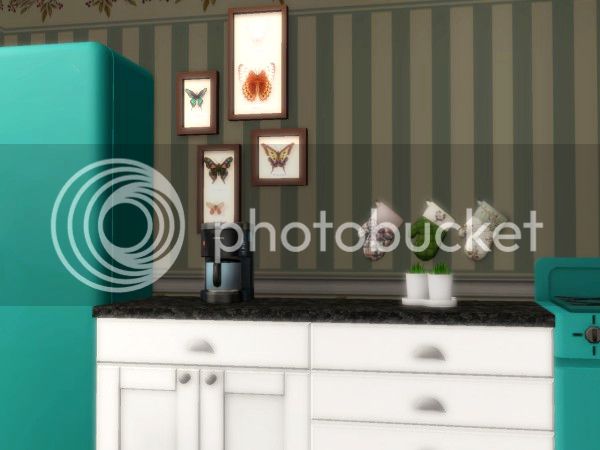 I remember coffee. There is none here, or I would have mentioned it, even if nothing can be done with the contents of my refrigerator. I can tell that I have had different bodies as much by the difference in my thoughts on taste as the fact that they have looked nothing alike.

Taste memories are some of the murkiest. Perhaps because they are overwritten by my current body, but perhaps because I cannot chop them down and press them like wildflowers, describing them with butterfly-pin words.

Maybe you should take a trip, escape the canyon walls of your own city. Out where there is more than concrete and cardboard the sun may be less hungry, or the words might not suffocate on their way out into the open air.

Perhaps you would find a way to unstick what is real from the cork board of life and let it fly again.

I have been here more than a hundred days. I know this because I scratched one line after the other into my bedroom door, five, ten, fifteen, twenty, until the weight of the sky pressed down on me so hard that I could not move, or think, or speak. For a long time, with no one to watch me, I wasn’t there. My voice was caught sticky in my throat and I was as hollow as a seashell, scoured clean by waves.

During that time I am not sure what I did. It could have been me who ate the microwave dinners, leaving their faded cardboard husks to match my own emptiness. I don’t think I drank the orange juice though.

Since that time, I don’t think I have said a word out loud.

Perhaps – perhaps the house is not watching, but listening.

After all, you cannot always tell by looking if a person is real.

I will let you know soon if I am right.

Author's Note: This is a response to Seth's Letter. These letters are part of the Pen Pal Project, so they won't make sense if you don't read both halves! A convenient masterpost of my letters and their recipients' responses is here.

Also, warning: the first photo in this post is a flashing gif, so be warned. I can put up an alternate post with the gif at one fifth the speed or something (on the theory that it woudn't trigger anything bad if it were slow) if anyone asks for it, it's no trouble at all. Or I can put it up with the original unanimated picture.